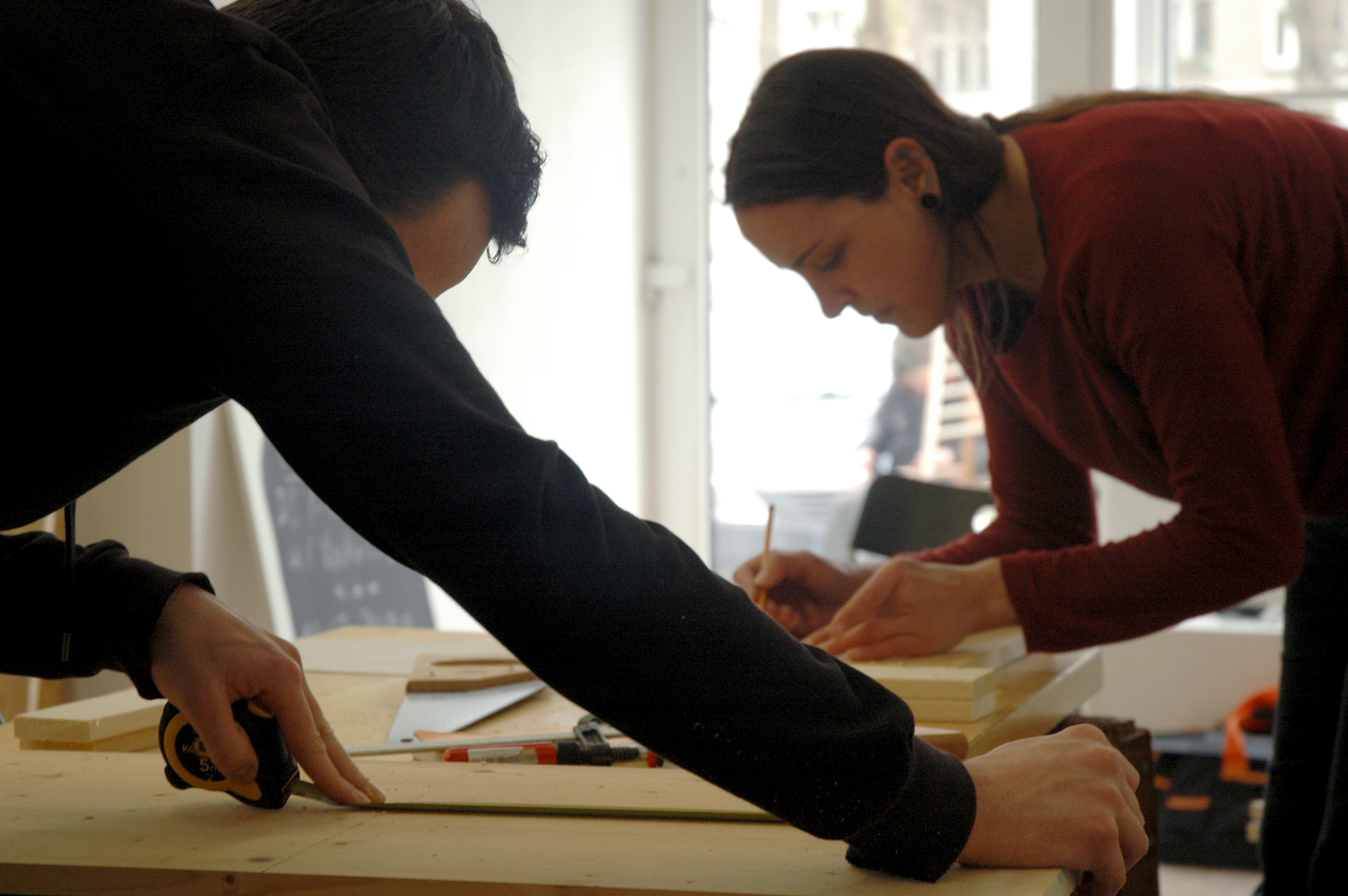 At the end of last year, we initiated a new project called Common{s}Lab in Schillerkiez, a neighbourhood in Berlin-Neukölln near Tempelhofer Feld. With this project, we aim to co-develop a platform for action and research around the urban commons, diverse economies, and sharing practices in neighbourhoods.

It is hosted by a transdisciplinary project space called TOP, which is run and inhabited by a community of around twenty people of which we have become a part of. The space consists of a co-working area in the back and an event space in the front, a wood workshop in the basement, a biolab and a kitchen. This infrastructure and community has given us the possibility to experiment with different formats to engage with the local and translocal neighbourhood, long-term Berliners, neighbours, expats and newcomers alike from different communities – of interest and of place.

So far, we have had reading groups around different themes, such as common space, solidarity economies, social reproduction, and Marx’s capital; a range of DIY/DIT-furniture workshops using scrap wood from the surrounding streets, facilitated by one of our community’s members, carpenter Veiko Liis; a gift market; a parkour workshop/reading; book presentations, movie screenings and much more. 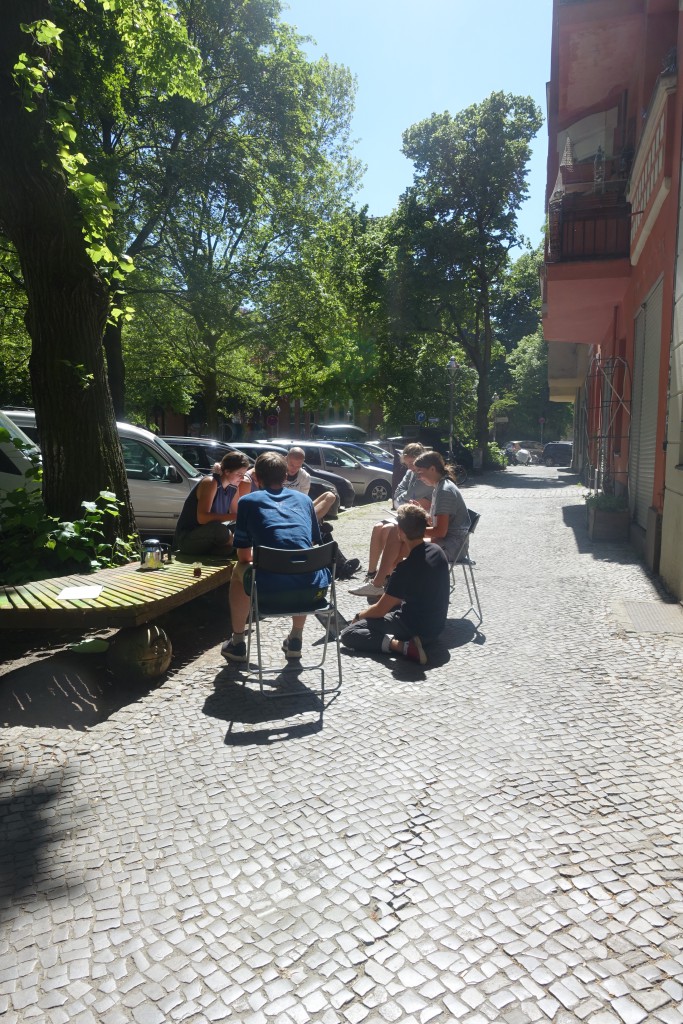 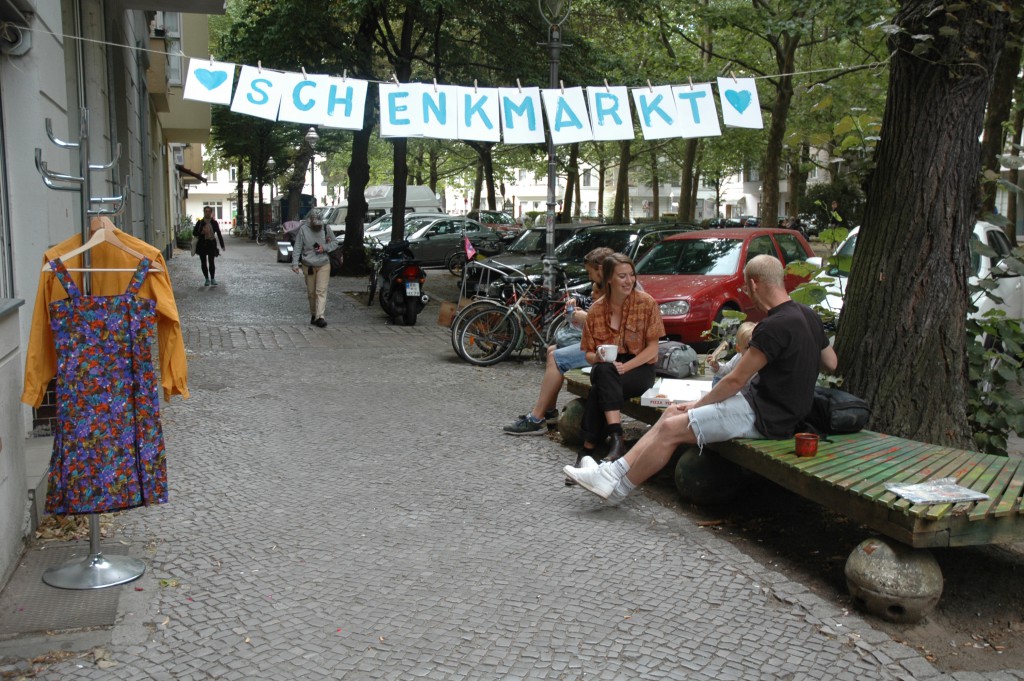 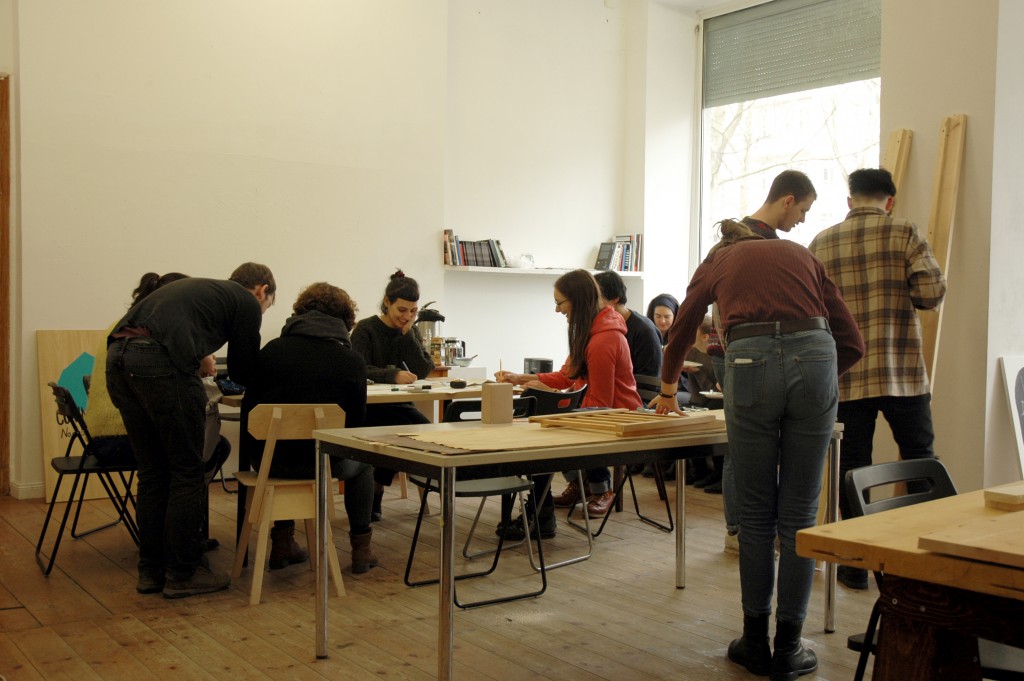 It’s been an exciting first 9 months and we look forward to the next months to come. We are now trying to analyse and learn from the past experiences and encounters and engage in more networking and collaborating with other local actors and initiatives.